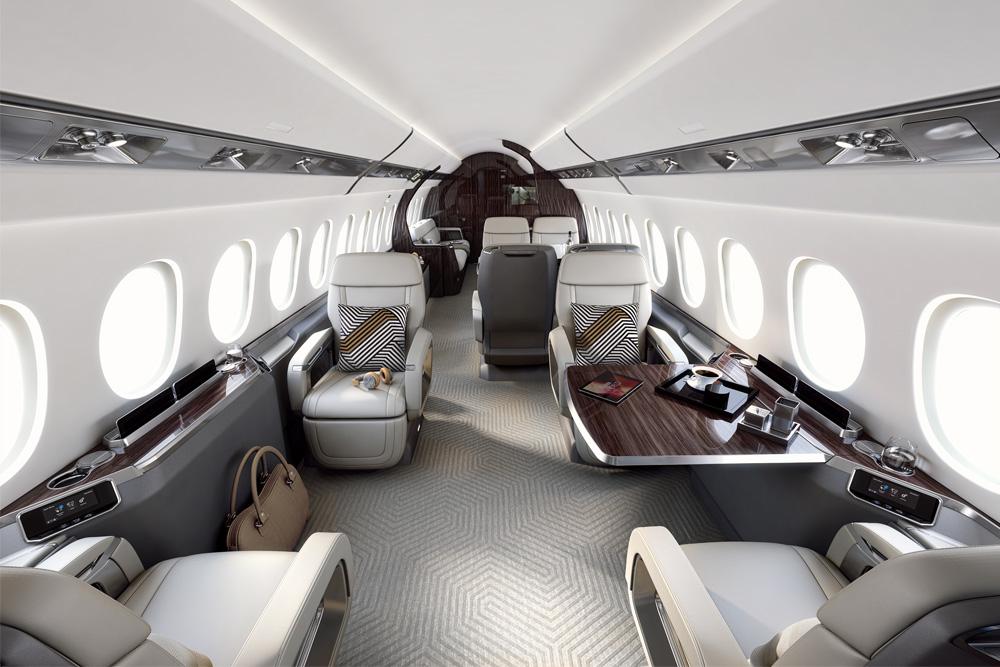 Dassault plan that Falcon 6X will have biggest passenger cabin in its class: cabin length of more than 12 meters, width 2,58 meters and height 1,98 meters. Different cabin layouts would be available with passenger capacity of up to 16. Dassault think that most comfortable configuration is the one for 14 passengers, that is a double cabin configuration. In first cabin there will be two club zones for 4 passengers each and second cabin will be a lounge zone with divan. 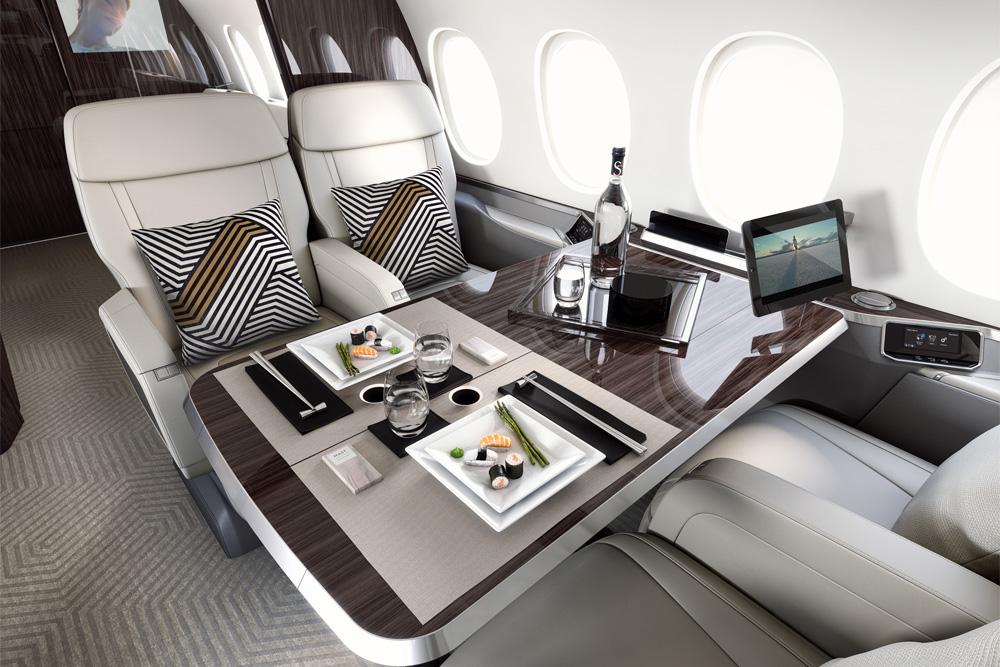 As in other private jets of this class each pair of seats could be easily transformed to bed with smooth surface, so that passengers can arrive alert and refreshed even after night flights. Front part houses not only full-size gallery, but also crew rest zone. 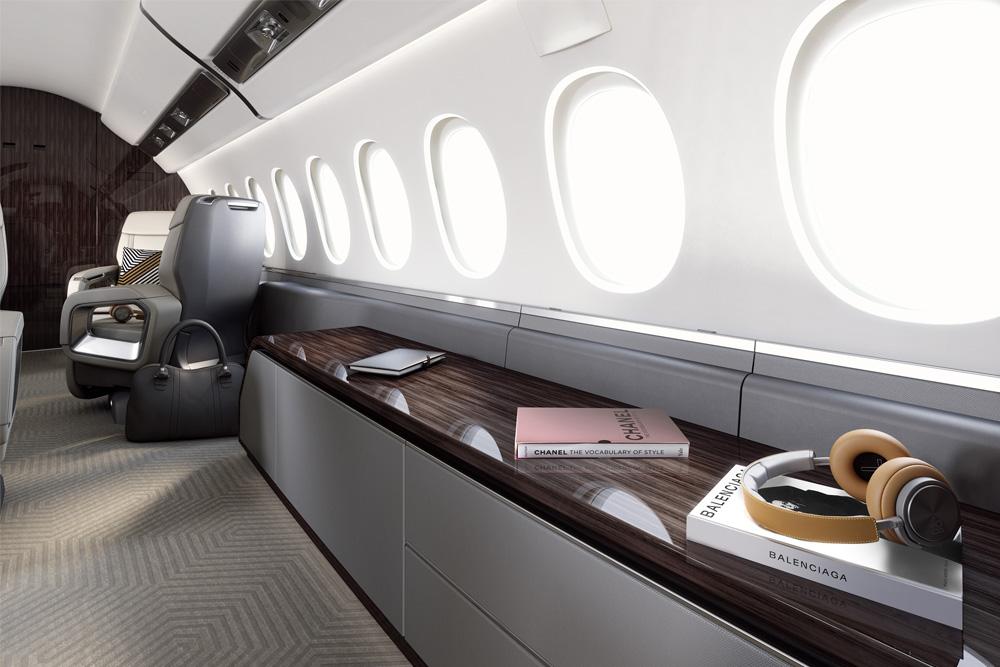 29 windows will fill the space with natural light and visually enlarge the cabin. It is planned to make a ceiling window in gallery zone that usually has only artificial light. 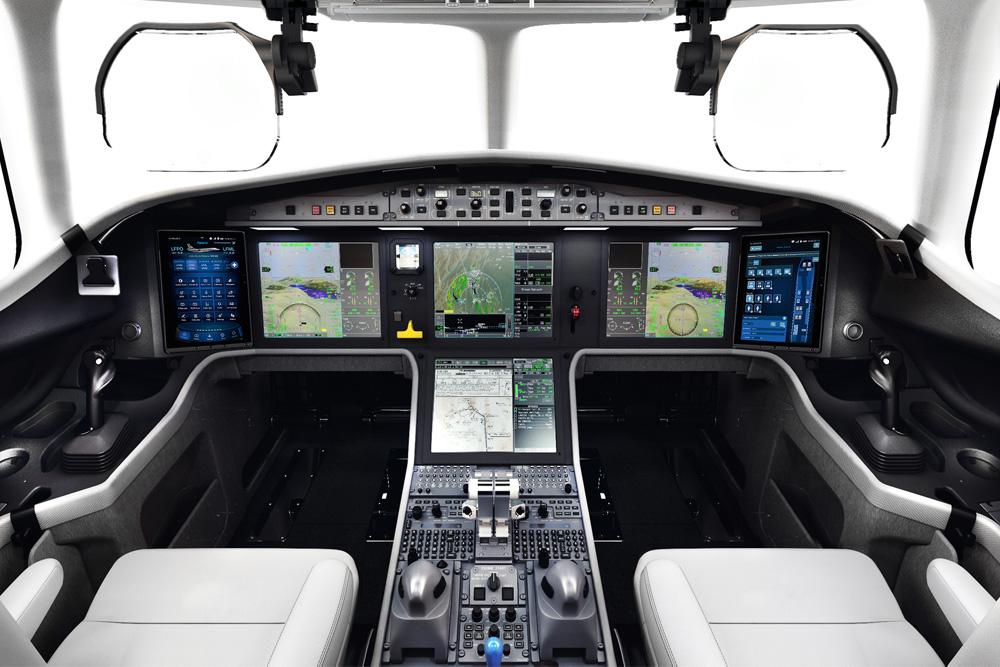 According to engineers Falcon 6X will have most advanced wing shape, that will minimize impacts of turbulence. New wing device will be used – “flaperon”, that will act as aileron and flap simultaneously. Next generation digital fly-by-wire system will be used on Falcon 6X. FalconEye Combined Vision System is planned to be a standard option and will improve crew situation awareness.

Dassault plan that Falcon 6X will be most comfortable, technologically advances and safe private jet with flight range of 10,000 kilometers. 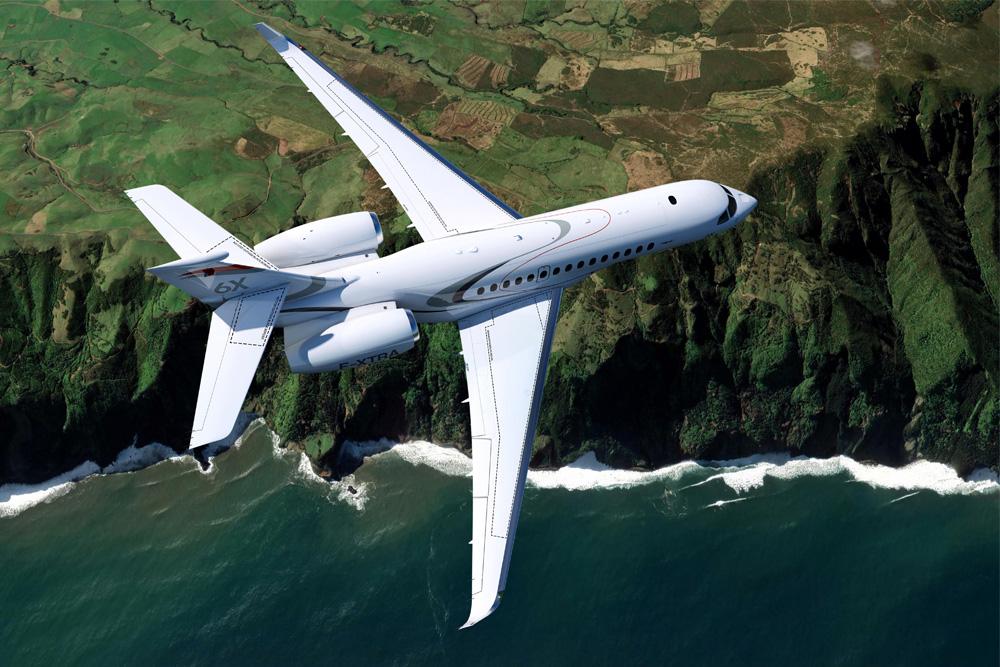